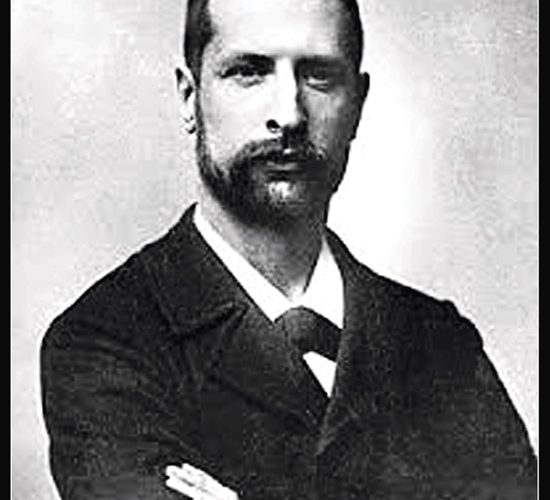 A notable man of Dalat

Alexandre Yersin, who is credited for discovering Dalat, was born on 9 September, 1863 in Switzerland. He studied medicine and then went to France to work in Pasteur’s laboratory. Later, he received French citizenship. At the end of 1889, Dr Yersin moved to Indochina to be a physician for the Messageries Maritimes Shipping Company. Thereafter, he began to discover the wild mountain forest regions in the Central Highlands of Vietnam.
After three consecutive expeditions, Dr Yersin found the Langbian Plateau. On 21 June, 1893, standing before the magnificent scenery at a height of over 1,500 metres above sea level, he expressed his thoughts and feelings as follows: ‘My impression was quite profound when I crossed through and out off the pine forest. I was facing a vast plateau that was denuded and bare. It appeared like a violently agitated sea, owing to a sort of billowing undulations with a bluish hue. The massive Langbian mountain range stood imposingly on the horizon northwest of the plateau, accentuating the beauty of the landscape and stood out in prominent relief against a splendid background.’
(I sense that I have not been able to entirely translate the exceptional nature of the author’s words, so I venture to copy his original text: ‘Mon impression a été profonde lorsque, débouchant de la forêt de pins, je me suis trouvé en face de ce vaste plateau denude et desert, don’t l’apparence rappelait celle d’une mer bouleversée par une houle émorme d’ondulation vertes. Les massif du Lang-bian se dressant à l’horizon nord-ouest de plateau, accentuait la beauté de site en lui donnant de relief et en lui formant un arriène-plan splendide’).
In 1895, Dr Yersin founded the Pasteur Institute in Nha Trang. From 1905 to 1918, he served as the director of two Pasteur Institutes in Saigon and Nha Trang. In 1925, he was the Inspector-general of the Pasteur Institutes in French Indochina.
Beside medical research, Dr Yersin was also a farmer and eminent agriculturalist. He established a garden to plant trees for experiments on varieties of tropical plants. Species of plants like guttapercha, coca, cacao, African oil palms, and especially a variety of Malaysian rubber tree were all planted by Dr. Yersin with good results at the Suoi Dau plantation in Nha Trang.
Dr Yersin lived as a common peasant. He usually just wore beige khakis and, although he was already eighty years old, every morning he rode a bicycle to the Pasteur Institute. He also had a humane heart. He often utilized his free time to further educate and develop the meek fishermen in the region where he resided. He was even devoted to beasts and fowl and, whenever he addressed the creatures, he would let slip the prefix ‘fellow’: fellow dog, fellow cat, and fellow teal.

Doctor Yersin. Photo from the archive of Bach Ngoc Anh

On 3 March, 1943, Dr Yersin passed away in Nha Trang. He was 80 years old. Dr Yersin’s body was laid to rest on a stretch of hills in Suoi Dau next to rubber trees that towered straight up to the azure sky. That was precisely the grounds that he reclaimed and broadly cultivated with nearly one hundred hectares of land.

Yersin related that Captain Cupet requested that he explore the Central Highlands and he carried out the request in 1892. He went from Ninh Hoa to Stung Treng. In 1893, Yersin started a new expedition and this time he discovered the Langbian Plateau.
He used horses to explore the Dalat area. According to his diary, he came to Prenn Falls at 1:25pm on June 21, 1893 and, at 3:30, he went up to the Dalat highland area. He described his impressions as he set foot in the lands of Dalat: ‘The refreshingly cool weather made me forget my fatigue and I recall the elatedness I felt when I ran at full speed up and down the hills, just like a little school boy.’
On his explorations of the highlands, Yersin always carried items with him like scientific instruments, weapons, medicines, food, and some products with which to barter. Yersin indicated that he brought a theodolite, chronometer, pocket barometer, compass, clinical thermometer, and camera. His weapons included a hunting gun, a Winchester 1873 model rifle, and a pistol. His food usually included coffee, lard, cheese, milk, potatoes, and even Cognac liquor—a little of everything. Typically, the food was only enough for half a month. When the food ran out, he had to eat Vietnamese foods. The medicine included quinine, salol, bismuth salicyclate, Chlorodyne, idoform, phenique acid, styrax ointment, a mercurial ointment and a case. As for the products for bartering, they were usually fabrics in plentiful colours of white, blue, and red, blankets, multiple colours of handkerchief, bracelets, and various kinds of rings, knives, pipes, and watches.
Owing to these barter products, wherever he went, he was able to rent elephants and horses and hire guides to translate or act as liaisons with the local dignitaries.
By Han Nguyen
The above information is extracted from two articles by Nguyen Van Y and Han Nguyen in the Review of History and Geography, edition Spring 1972.