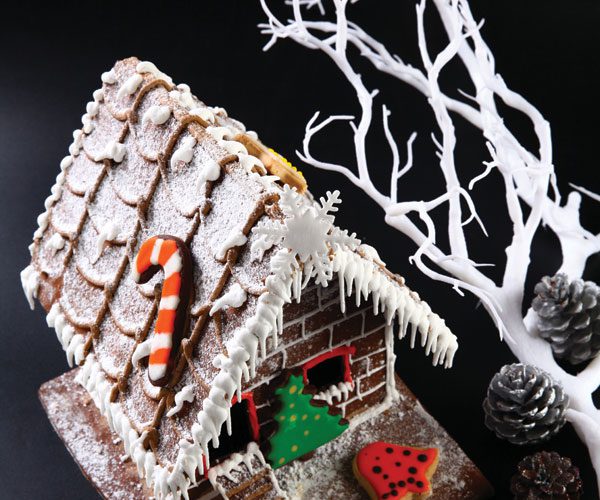 A taste of treats to come

On coming to the end of a year, it is time to start thinking of what new and different things one can do in the new year. The Sofitel Plaza Hotel in H.C.M.C. is never one to rest on its laurels and is always ready to sail into uncharted waters. I went along to this great temple of Franco-Vietnamese taste to chat with the culinary wizard that the hotel acquired in 2016, Chef Marko Rankel, and to get a preview of the special menu he has created for New Yearâ€™s Eve. Actually, the menu premiered on December 1 and will run throughout January. Also, as Marko explained, it is not his creation, but a corroborative work with his team. His method is to simply put forward his general vision of the dishes and then get creative input from his colleagues. He says he generally gets a result of around eighty per cent of what he originally envisages.
The Saigon Plaza is a fine place to extend your knowledge of the French language. Have any of you ever heard of an â€˜amuse boucheâ€™? It is basically what the Spanish call a â€˜tapaâ€™, something to chomp on while waiting for the first platter to come. Marko informed me that in some parts of France it is known as an â€˜amuse gueuleâ€™ which somewhat shocked me as I was taught that gueule was coarse language; equivalent maybe to â€˜gobâ€™ in English. Anyhow, three small pieces of finger food arrived with a palette of three different coloured sauces to dip them in, along with a basket of assorted breads.
Each course came in the nouvelle cuisine style, colourful and complete with sauce and balsamic reduction squiggles and framed by a large square plate. All ingredients are flown in from France except for the vegetables. First came a combined terrine of duck and goose with winter truffle jelly, smoked pear and almond salad.
Now the meal gained some liquidity as we were served a dish with contrasting hot and cold elements, which was the lobster bouillabaisse with oyster tartar, grilled eel and lemon foamâ€”an amazing combination which only a highly creative mind could compose. Following this, a sweet note was added to the culinary symphony with an orange sorbet. Then it was back to the scrumptious savoury tastes as we tucked into scampi and scallops poached in saffron with truffle and a ricotta cheese-stuffed Chinese dumpling; a fine imaginative example of an Asian European fusion creation.
The adventure continued with something new for me â€” Wagyu beef. Those cows thought they had it made in life with all those massages and free beer! Little did they know there is no such thing as a free beer, I mused as I had a piece of one for lunch. Such amazing texture and taste. The aftertaste lingered on my palate until well into the afternoon. It came marinated in truffle fondue with green and white asparagus, warm olives and tomato salad and mushrooms.
All this was rounded off by a golden vertical tube of golden chocolate tapering at the top. It came accompanied by a trilogy of apple-based creations. The chocolate on its own reminded of Saigonâ€™s iconic Bitexco tower minus the heliport platform.
Mention can be made here too of other treats to be tempted by at the Sofitel. The ever-popular buffet restaurant The Mezz will be introducing a once-a-week Seafood Buffet early in the new year. The Boudoir lounge is always an ideal place to enjoy afternoon light eats or an early evening cocktail. Another tip is that the Christmas hampers will also be available for the Sino-Vietnamese New Year and make excellent gifts for Vietnamese friends and business associates.
All in all, this innovative menu served in an elegant restaurant with a warm and comfortable decor in the company of dear friends and family would be a great way to say goodbye to 2016 or to welcome in 2017. Furthermore, I advise you to be â€˜toujours a la vedette!â€™ or in plain English, to keep an eye out on the Boulevard Le Duan for more exciting surprises throughout the New Year. There is an ancient proverb which runs, â€˜Out of Africa there is always something newâ€™. This little dictum equally applies to the â€˜Sofitel Plaza Saigonâ€™.