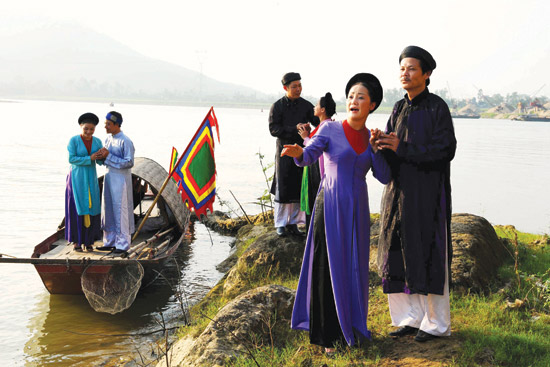 Re-enacted scenes created on a river in Nghe An for the performances of boatman
vi giam. Photo: Sy Minh