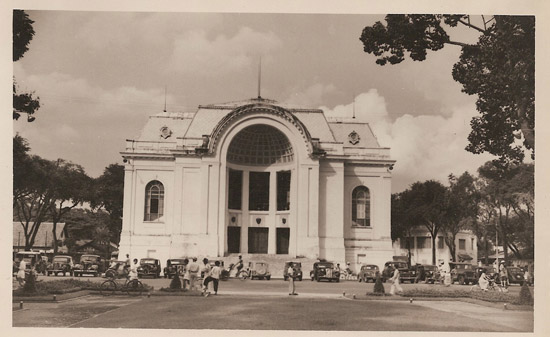 A case of airport sabotage?
tuoitrenews.vn, 11 May
Noi Bai Airport authorities in Hanoi are investigating a strange case in which numerous sharp metal pieces had fallen off the bottom of 24 trolleys and were scattered around the airport, puncturing vehicle tires and threatening airline safety.
The pointed metal objects, which had been secretly stored in compartments welded onto the bottom of the trolleys, are 3-5cm in length.
All the 24 trolleys have been inspected and a total of 52 kg of iron scraps of various shapes were found.

The price of love
tuoitrenews.vn, 14 June
According to a survey conducted by Home Credit, a financial investment group operating in Central and Eastern Europe, the average cost of a wedding party in Vietnam is about VND100 million (US$4,800) for about 300 guests.
The survey recorded and analyzed the expenses couples spent on their wedding ceremonies in seven countries, including the Czech Republic, Slovakia, Russia, Belarus, Kazakhstan, China and Vietnam.
According to the results, Slovakia is where couples spend the least on their wedding ceremonies, equivalent to only VND21 million, while Russia tops the list in expenses on such events, with VND300 million, most of which is on the rental venues for ceremonies.
Typically, a Vietnamese wedding party costs VND200,000-500,000 ($24) per guest for food and beverage. In Kazakhstan, the amount is VND4 million.
29 percent of Vietnamese respondents said expenses for their wedding ceremonies came out of their own pocket, while the remaining 71 percent said they received support from their parents in organizing their events.
Five years ago, most couples in the seven countries usually organized their wedding ceremonies indoors, but they now tend to choose outdoor spaces like parks.
Meanwhile, Vietnamese couples often hire a part of a restaurant or resort for their wed parties, and Russians like to organize their events at attractive tourist sites in foreign countries, including Indonesia, Italy and Czech.

Naming of the shrew
www.thanhniennews.com, 12 July
www.thanhniennews.com, 12 July
A group of British, Russian and Vietnamese scientists say they have discovered a new species of tree shrew in the northern province of Lao Cai.
Their finding was published July 2 in Zoo Keys, a peer-reviewed, open-access journal launched to support the free exchange of ideas and information in systematic zoology, phylogeny and biogeography.
After genetic analysis revealed that it was distinct from three closely-related species also found in Vietnam, the new species was named ‘Crocidura sapaensis’ after Sa Pa Town, where it was found.
The dark-grey, relatively small, white-toothed shrew was found in various places in the Hoang Lien National Park, including mixed evergreen forests, banks of small streams and open grassy glades.
The white-toothed shrew genus Crocidura is known as the largest mammal genus, with more than 180 species distributed around the world.

HCMC couples told to get busy
www.thanhniennews.com, 18 July
After decades of efforts to control its booming population, for the first time, Vietnam is now encouraging parents to give birth to more children.
Vietnam is the 13th most populated country in the world, with nearly 90 million people.
‘I officially recommend that each Ho Chi Minh City couple have two children,’ Duong Quoc Trong, director of the Population – Family Planning Department under the Heath Ministry, said at a press conference in July.
He said the birth rate has significantly decreased in HCMC and other southern cities and provinces.
HCMC had the lowest birth rate in the country at 1.45 children per couple in 2009. The rate was 1.3 in 2011 and 1.33 in 2012.
The national rate is 2.06 children per couple.
Trong said most couples in HCMC have only one child. Those with two children make up a small proportion of the city population, he said.
­­­
VN youths top abortion stats
tuoitrenews.vn. 12 July
Vietnam is leading Southeast Asia in abortions among juveniles, with about 300,000 per year on average, according to statistics from the Vietnam Family Planning Association. The figure accounts for 20 per cent of total abortions.
Vietnam now ranks first in Southeast Asia and fifth in the world in abortions among juvenile women.

The Opera House in Ho Chi Minh City, photo taken around 1950. The theatre, shaped like the Opéra Garnier in Paris was built by the French in 1897. Two similar theatres were built around the same time in Hanoi and Hai Phong. The theatre was the home of the Lower House of American-backed South Vietnam during the Vietnam War. Not until 1975, when the war ended was it again used as a theatre. It was restored in 1945. Image provided by collector Philippe Chaplain