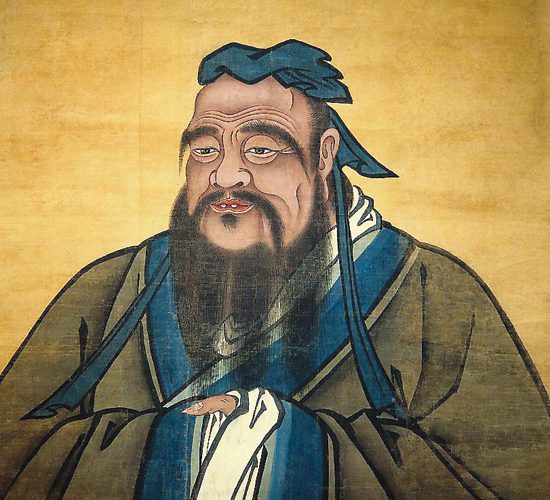 From The Three Teachings of Vietnam, As an Ideological Precondition for the Foundation of Caodaism, Hue Khai, Religion Publishing House, Hanoi, 2010. (Whatever Caodaism may have owed to Confucianism, the present article is interesting in relation to the history of Confucianism, a religion often cited as having had an important influence on Vietnam as the country appears today. – Ed.)

Confucianism was brought into Vietnam under Chinese rule, through three periods, from 111 BC to 39 AD, by the Western Han and Eastern Han dynasties, from 43 AD to 541AD, by the Eastern Han, Three Kingdoms, Jin and Northern and Southern dynasties and from 602AD to 905AD, by the Sui and Tang dynasties.

During the first ten centuries AD, Vietnamese Confucianism learning did not flourish. Monks learnt Chinese characters to read Buddhist s?tras and absorbed Confucian teaching. When the nation gained independence from China in the 10th century AD, under the Ngo (939-967), Dinh (968-980) and Le (980-1009) dynasties, the elites supporting the imperial court were Daoist priests and Buddhist monks. Monks taught Ly Cong Uan (974-1028), who later became the founder of the Ly dynasty (i.e., Ly Thai To, reign 1009-1028). Under the reign of King Ly Anh Tong (1138-1175), monk Tri, from Mount Cao Da, taught Thái Úy (Defender-in-Chief), To Hien Thanh (?-1199) and Thái B?o (Assistant Grand Tutor) Ngo Hoa Nghia.
Vietnamese Confucian learning developed from the 11th century, and gradually declined under the Nguyen dynasty (1802-1945). Confucian learning qualified the literati to be court officials via civil-service examinations. Many Vietnamese Confucian scholars were also authors who studied Confucian philosophy. In war and its aftermath books were taken and destroyed. Almost nothing was left for later ages to study. Maybe the prominence of Vietnamese Confucianism is not so much due to philosophical thoughts as to literature, a civil-service examination system and the political role of Confucian scholars. In 1070, King Ly Thanh Tong (reign 1054-1072) had the V?n Mi?u (Literature Temple) built, in which the statues of the Duke of Zhou, Confucius, and the Seventy-Two Worthies were worshipped.1 In 1075, King Ly Nhan Tong (reign 1072-1127) opened the first civil-service exam, called Tam Tr??ng (Three-Round Exam), in which the best candidate was Le Van Thinh. The King also set up Qu?c T? Giám (the Imperial College) in 1076 and Hàn Lâm Vi?n (the Imperial Academy), and chose Mac Hien Tich as an Academician.2 Noted Confucian scholars under the Ly dynasty were Ly Dao Thanh (?-1081), Truong Ba Ngoc and To Hien Thanh (?-1179).
King Tran Thai Tong (reign 1226-1258) opened such exams as the Thái H?c Sinh (High College Student Exam) in 1232, the Tam Giáo (Three-Teaching Exam) in 1247, and the Tam Khôi (Three-Degree Exam) in 1247 to select Tr?ng Nguyên (the First Degree), B?ng Nhãn (the Second Degree), and Thám Hoa (the Third Degree). In that exam, Le Van Huu (1230-1322) got B?ng Nhãn (the Second Degree) and later became the historian who wrote ??i Vi?t S? Ký (A History of Great Vi?t). The King also set up Qu?c H?c Vi?n (the Institute of National Learning) in 1253 to teach Sishu (the Four Books) and Wujing (the Five Classics). 3

A Confucian teacher and his students; On the king’s behalf, the chief of Nam ??nh Province banqueting successful candidates (1897);
Photos: The Three Teachings of Vietnam, As an Ideological Precondition for the Foundation of Caodaism, Hue Khai