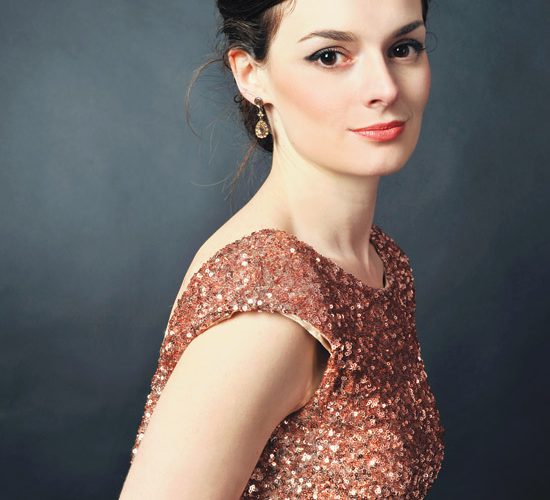 Sit in the lobby of an international hotel like the Sofitel Saigon Plaza for any length of time and you are sure to see people from all over the world and hear many tongues. All of them have come seeking peace, rest and comfort, confident that this is the place to find such things. May was a turbulent month for East Asia and for Vietnam in particular. But it was also the month when a true nightingale flew in from France in the form of Miss Gabrielle to start her two months of soirees at the Boudoir Lounge with harmony and melodies to soothe even the most ruffled of feathers.
My editor and I were invited to a press preview performance. I arrived early enough to almost bump into a gentleman carrying what appeared to be from my angle, a flute. â€˜You must be the flautist,â€™ I enquired. â€˜No this is a saxophone,â€™ he said, giving me a clearer view of the instrument. His name is Giorgio Ventura and he hails from Italy. We engaged in a conversation broaching many subjects, but the most interesting thing was that he admitted that having only just met Gabrielle, he was not quite sure how he was going to accompany her singing and piano playing.
Seated at the grand piano in her stunning bright red dress, Mademoiselle Gabrielle looked the star even before she wowed us all with a perfect rendition of the French standard, â€˜La Vie en Roseâ€™. She went on to sing two other familiar jazz era songs, eerily reminding one of Billie Holiday, whom we were told is one of her heroes. Her final rendition was a song I have long loved â€“ â€˜Autumn Leavesâ€™. This was made famous to me by one of the most beautiful voices ever-that of Nat King Cole. His is a hard act to match, but Gabrielle, every bit as mellifluous in English as in her native tongue, proved to be Nat’s female peer. I had not realised she could have sung it in French, as I now learn this song has a Hungarian-French composer and the original title is â€˜Les Feuilles Mortesâ€™ (The Dead Leaves).
Giorgio need not have been apprehensive. Dressed in a simple white shirt, he was at pains not to steal the sartorial limelight from Gabrielle. The two harmonised together intuitively and I noticed Gabrielle at times casting him little glances of approval. Giorgio’s playing provided the perfect complement to the piano and jazz singing. Having said that, he achieved the beautiful chalumeau register more normally affected by the clarinet, and played so hauntingly that it is clear the gentleman deserves a show of his own.
Later, seated at a table with the two performers, I posed a question to Gabrielle put forward by my editor. â€˜Are you going to learn to sing a Vietnamese song?â€™ I asked her. Could you suggest one to me?â€™ she replied. I proposed the much-beloved standard from my wife’s home town â€“ â€˜Mua Tren Pho Hueâ€™. (â€˜It is raining in Hueâ€™).
So, I strongly urge you over the remaining time that Gabrielle is in town to book your table at the Boudoir. You and your company will be in for a soothing, relaxing evening of easy listening delivered by a faultless diva and pianist. In these soirees, Sofitel melds French, Italian and Vietnamese to send a message of peaceful harmony and through the medium of music will hopefully help to build a bridge over troubled East Asian waters.
Gabrielle Jenselme, a French classical pianist and jazz singer, performs nightly at Sofitel Saigon Plaza’s Boudoir Lounge until 20 July, 2014.