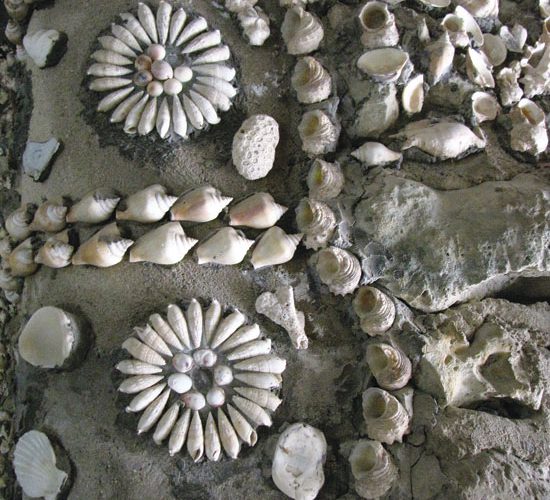 The Gift of the Sea

T? Vân (aka Snail) is a pagoda situated at Cam Linh ward, Cam Ranh city, only about 60 km from Nha Trang, famous for its B?o Tích tower, which was built with millions of coral and shell pieces collected from the nearby shore. The tower was designed, built and decorated by the monks themselves and is over 30m high.

His holy highness, Thích H?ng Danh, the “main author” of the Snail tower told us, “T? Vân pagoda was established in 1968, but the tower construction began almost 30 years later, because the pagoda and the local people were all very poor. At that time, the Cam Ranh shores were packed with corals and shells, washed up from the sea. I thought heaven gave them to us to build the tower.”

In spring of 1995, T? Vân monks began the tower construction. Every day, 12 monks and lay brothers took turns mixing mortar, carrying and laying corals for over 4 years until it was completed.
The Snail tower is 9.5m in diameter, 3 storeys high, built without any concrete or steel reinforcement. The internal structure is simple, but the decoration is intricate. The walls are built from dead corals only. All the designs, patterns on the walls, ceilings, pillars, floors, stairs and the outsides of the 49 surrounding little towers are shell mosaics.

Thích H?ng Danh explained, “The floors are rounds with the same centre and 8 doors representing the virtuous ways on the road of enlightenment leading to Nirvana. The monks have dedicated their aspiration for opening the way of people’s virtues to the tower construction.”
In the pagoda’s courtyard, the monks also built 18 levels of hell, so that after experiencing the persecution of sin, the pilgrims would understand that it’s better to lead an honest, virtuous life, which is the best salvation.n